I have brain cancer. The kind that doesn’t go away. It’s called Glioblastoma or GBM. Despite the variety of modern therapies against GBM, it is still a deadly disease with an extremely poor prognosis. Most people don’t live much past six months to a year. In other words, at having it for 19 months, I should be dead by now. But I’m here! It turns out that petting a dog is good for your brain.

My dogs are my angels and surely sent from God. According to Him, it’s just not my time. So, I’ve got these two cuddly therapists, a rescued long-haired Chihuahua and a rescued English Springer Spaniel, that I pet all the time. They light up my brain, and will do the same for you, cancer or not. It’s a scientific fact that petting your dogs supercharges our frontal cortex, the part of the brain that governs how we think and feel, according to a new study published Wednesday in the journal PLOS ONE.

CNN reports, “We chose to investigate the frontal cortex because this brain area is involved in several executive functions, such as attention, working memory, and problem-solving. But it is also involved in social and emotional processes,” said study lead author Rahel Marti, a doctoral student in the division of clinical psychology and animal-assisted interventions at the University of Basel in Switzerland, in an email.

Why is this discovery important?

It provides additional evidence that live human-animal therapy interactions may boost cognitive and emotional activity in the brain, Marti said in an interview with CNN.

“If patients with deficits in motivation, attention, and socioemotional functioning show higher emotional involvement in activities connected to a dog, then such activities could increase the chance of learning and of achieving therapeutic aims,” she said.

This latest study adds to existing research on the benefits of animal-assisted therapy in medically supervised neural rehabilitation for nervous system conditions such as strokes, seizure disorders, brain trauma, and infections.

Petting a dog is good for your brain 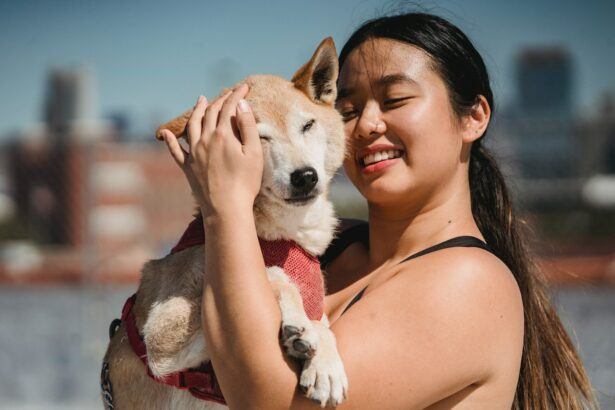 “This is an interesting, rigorously conducted study that provides new insight into associations between human-animal interaction and regional prefrontal brain activity in healthy adults,” said Dr. Tiffany Braley, an associate professor of neurology at the University of Michigan in Ann Arbor, who has published research on the connection between pet ownership and cognitive health.

“Although further work in larger samples of people with specific neurological conditions is needed, the current study could inform future research of animal-assisted interventions for neurorehabilitation by providing new data regarding the type, intensity, and frequency of animal interactions necessary to achieve desired physiological or clinical benefits,” said Braley, who was not involved in the new research.

Researchers used functional near-infrared spectroscopy (fNIRS) in the study, which is a portable brain scanner that provides flexibility since it’s functional in natural settings and not limited to a closed room in a lab. The technique measures brain activity via oxygen saturation of the blood in the brain.

The study team fitted each of the 19 participants with the scanner and asked them to observe and interact with one of three live dogs: a Jack Russell terrier, a Goldendoodle, and a Golden Retriever. First, the study participants watched the dog from across the room. Then the dog sat next to them. Finally, each person was allowed to pet the dog. This process occurred twice more at later dates.

In other sessions, each person repeated the same sequence with a plush stuffed lion that contained a hot water bottle to simulate the body temperature of a live dog. In each of the scenarios, brain stimulation rose as the dog or stuffed animal moved closer.

“We found that brain activity increased when the contact with the dog or a plush animal became closer. This confirms previous studies linking closer contact with animals or control stimuli with increased brain activation,” Marti said.

For more tips on how your dogs can help you, read some scientifically proven benefits of sleeping with your dog.